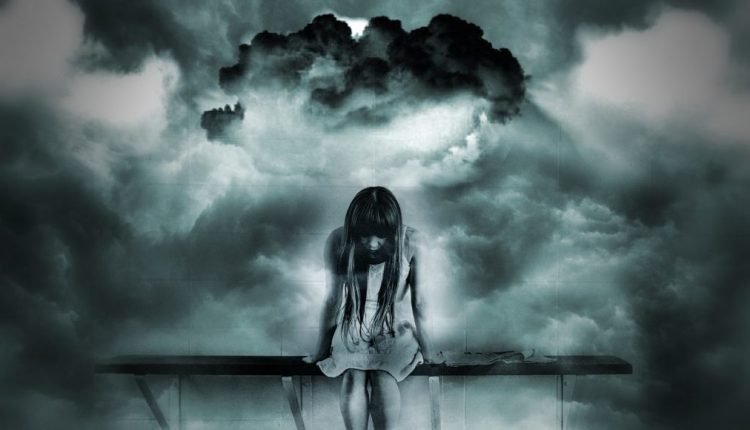 There are a lot of diseases in this world. Whenever a person is not feeling well, we feel sorry for that person. If someone has got flu, fever, pain anything we feel sympathetic for that person. But have we ever realized that there is an affliction that can affect how you feel, how you think and how you act?

This disease has an impact on your entire body. It upsets every organ of your body. I believe that a person can fight any malady with willpower, but you know what this disease does? It kills your composure. Surprisingly we don’t consider it a disease. We consider it an insane thing a taboo that is not allowed in this rat race where we all are competing. This ailment is called depression. A big part of depression is feeling lonely, even if you’re in a room full of a million people ~ Lilly Singh

Everyone has such a phase in his/her life when the person considers himself/herself alone. This phase is the most difficult one in your life. Because you feel so bad, but you cannot share it with anybody and most of the time this disease is not handled correctly. Nobody recognizes that you are not feeling well. In such cases, the patient tries to find relief in escaping. And suicides are being committed by people. Sometimes the emotional pain due to this disease is so severe that the person wants to have physical pain to forget the emotional distress. In that case, people hurt themselves.

“Every man has his secret sorrows which the world knows not, and often we call a man cold when he is only sad.” ~ Henry Wadsworth Longfellow

We call such behaviors paranoia or abnormal. If a person is vomiting because of food poisoning, we call it a symptom. Similarly, pain, fever, diarrhea, and other such things are also called signs. But the bitter truth is that the indications of depression are not recognized as symptoms. They are identified as an abnormal behavior of a person. Sometimes people are being mocked by their peers for consciously doing it. People think that the individual can control such a response. But the truth is that like you need treatment for curing other diseases you also need treatment to cure your depression. Depression is a chemical imbalance in your brain; it is not a choice ~ Anonymous

The real thing is that we have to consider depression a disease to treat it. There are a lot of cases in which students have committed suicides because of depression. We blame such people and find them as they have died a wrongful death. But in reality, such people were not feeling well.

It doesn’t matter how “good” you have it, depression makes every situation seems pointless and hopeless ~ Anonymous

Depression is evil it can take away your peace. It will render you helpless. The problem is that we consider our problem as a problem, but we don’t build empathy for someone else. Life is not easy for anyone. It is a beautiful struggle that we all have to do. Yesterday my friend was complaining about a girl who was being very rude to her. I told her that she is in a lot of stress that’s why she is behaving like this. I was empathetic about her because I know her.

Knowing somebody can change your entire perception about that person. That’s how a paradigm shift occurs. When we can’t understand someone, we hate them that’s how we act. We should try to understand people when we develop a negative feeling for them. It will calm your mind trust me. When you hold negativity for somebody, you attract negativity in your life.

Depression is a flaw in chemistry, not character ~ Anonymous Our entire world is based on memories what use to make you happier will bring that memory back to you if you do it again. Sometimes it can bring nostalgia and make you even more depressed. So, avoid doing things which you think will bring you a memory of someone which can hurt you. Don’t think about anybody. Just think about yourself and you.

“Noble deeds and hot baths are the best cures for depression.” ~ Dodie Smith

Because you are going through a hard time and only you can understand this. Thus you can help yourself in a way that nobody can. Cherish and show gratitude for what you have in life. Make a list and make it right now. Even if you have nothing in life, you must be having your breath. Be thankful for that. Gratitude can bring more blessings in your life. That’s the power of it. When you’re depressed, everything seems wrong. Every door looks like it is closed. That’s what depression can do to you. I know showing gratitude in this phase is the most challenging thing. But you have to do it. It will help you in your treatment.

Try to avoid medicines but if nothing is helping you see a doctor. Take the medications and do the therapies advised by the doctor. This should be your last option because I will advise you to keep the control of your happiness in your hands. And don’t get dependant on anything because you can beat this disease with strong willpower and self-care.

Never give up on someone with a mental illness. When “I” is replaced by “we” illness becomes wellness. ~ Shanon L. Alder

Moving toward the other part how we can help someone who is depressed. Don’t force yourself on the other person. Give the person space but communicate with the other person in a way that the person doesn’t even realize that you’re helping him/her. Don’t try to find the reason behind the depression. Just talk to the person about other things like you can talk to him/her about a cricket match, makeup up, movies or other things. But you should keep the interest of the other person in mind. Do things with him/her which he/she enjoys. Eventually, the person will tell you the reason. Don’t show sympathies give love because it is needed. Once my sir told us that his way of condolence is very different from others. We asked him what is that? He mentions us an incident of his cousin whose mother died and instead of being sympathetic, showing how sad he is and making his cousin cry more. He asked him to come and play a cricket match with him. I know that sounds weird but, does someone enjoys crying?

No, no one does that, we all need a distraction when we are in pain.  Give that distraction to someone instead of making the person remember something that will make him/her depressed. Life is about living, live it. I know it is tough when you lose someone who will never come back. But that is life, and we have to live it. We should provide support to someone instead of suffocating the other person by taking away the air. Consider depression an illness and support individuals who are suffering from this disease. Support each other because that’s the best thing you can do.

Sticks and stones may break my bones, but words will rip my skin apart ~ Anonymous

Don’t blame others, don’t criticize someone whose life is different from you. This diversity brings beauty to life.