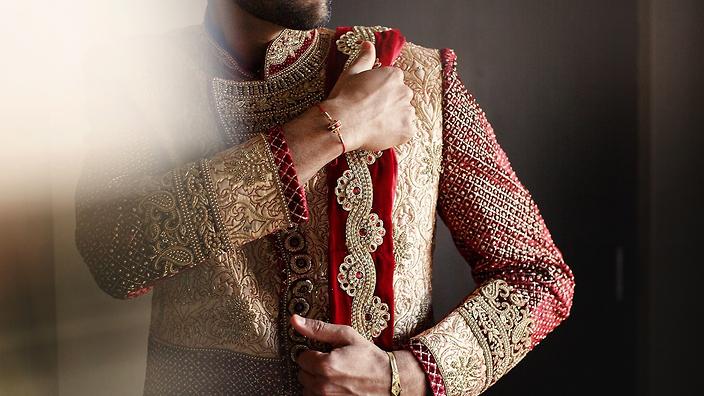 The only thing consistent for humans is change.

Humans are always in an evolution process. What was considered once as legal and acceptable is now an orthodoxy’s practice. Once slavery was acceptable, marrying young girls to older men was fair, and not giving rights to the girls was admissible. But not anymore. Now people know that these practices are not morally correct. So, the ethics and morals of people keep on evolving with time.

Today I want to discuss a practice which is done in our community, which has its flaws, but nobody questions it. We all are familiar with the term dowry. We know that dowry is a malicious act an obnoxious practice. No father should be asked to give dowry to his child. Nobody should demand dowry agreed. Any young man, who makes dowry a condition to marriage, discredits his education and his country and dishonors womanhood ~ Mahatma Gandhi

Have you heard the term “male dowry” no? I am sure not because men are never asked to give dowry when starting a new married life right! But unfortunately, this is not true. Not every woman is asked for dowry in our community, but every man is requested for the money to marry a girl in this community. We call this “mahr.”

A few days back, I was having a conversation with my colleague. He told me about his wedding and the expenses which he was forced to do. My colleague said to me that the most challenging thing for him at that time was to save the money for his mahr. He was in his struggling period when he got engaged. The man was in love with his fiance, and the two were desperately wanting to tie the knot. As this was the only way, they can be together. In that struggling period, he had a lot of burden on him to save the money for the mahr and other wedding expenses. Finally, he was able to save 0.5 million, which helped him in buying only five tolas of gold for his bride.

When we girls hear five tolas of gold in mahr, we think oh its nothing. We have this thought that she might be married in a low-income family. But earning this five tola on his own was not very easy for a man who belonged to an excellent upper-middle-class family. In anybody’s struggling period, it can be close to impossible to save so much money, especially in this country where pays are so low.

I am working in the corporate sector. I earn better than many other people working in this country. My pay is good, and it is better as compared to what market rate is for a job at my level. But saving money is a task, a big one. Hence, it is not facile for a man to save enough money and pay the amount at the time of marriage. If he promises to do it and later he can’t than his honesty is compromised.

The inflation rate is so high, and everything is sold at a gold’s price that’s why survival has become difficult. So eventually this male dowry also falls on the shoulder of the parents as the young grooms don’t have that much savings to pay it.  Have you ever heard somebody raising their voices against it? I haven’t. People consider this the right of the girl. Out of all the rights which are practiced in this world, and ignored by us completely, getting money from the husband is a right. Getting male dowry is a right. Then why people are against the female dowry isn’t it the right of a man? If the other one is justified, then it can be validated too. It often happens, that misery will follow a marriage when the dowry is too large ~ Decimius Magnus Ausonius

I have seen people demanding houses, gold, and millions of rupees in mahr, but nobody questions them because it is the right of a female. We believe that if a man is rich, he should give mahr accordingly, and if he belongs to an underprivileged class, he should give it according to what he can. If a man expects the same from a woman, will it be okay?

Why don’t we raise our daughters as such that they are self-sufficient, and they don’t need money for their security? In today’s era, it’s even worse as both are earning, and if they get divorced, both will face the same financial liabilities, but man is bound to give money to the woman. This harmful act is erroneous for the woman as well. Sometimes in a toxic relationship, a woman wants a divorce, but man doesn’t give it because he knows the consequences. He knows he has to pay for it. And this keeps them bound in a damaging relationship forever.

Same is happening in western culture as a split of wealth follows a divorce. A man’s wealth is split into half and given to the woman, so they think thrice before marriage or divorce. Is it necessary to make marriage this complicated?

We have made marriage a contract where people are tied with the terms and conditions. It is okay if we do it for a business. But in marriage, is it alright? A woman is as vulnerable as she thinks she is and, as strong as she perceives herself to be. The world around you will change when your perception about you transforms.

I want to tell women who believe in equality, who believe in equal rights for all and who are against dowry. Don’t get the male dowry if you’re against the female dowry. Let the love, loyalty, honesty, and fidelity be your dowry. Don’t set terms like a man has to give that much of money if he divorces you or if he gets married to another woman while keeping you his wife. Instead, be self-sufficient and retain the right to divorce in your hand. Money can’t promise you any security or happiness, so don’t lay the foundation of your marriage on it. I might be wrong, but that’s what I believe. I believe in equality for all, and I have faith in it. If you don’t, that’s your conditioning.