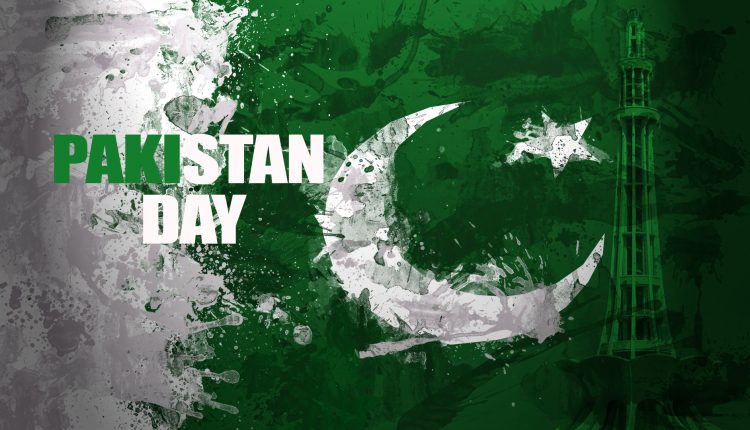 On 11 March 2020, I heard the sad news of the plane crash. Wing Commander Noman Akram got martyred during the rehearsal of the 23rd March Parade.

I felt down in the dumps. I had a lump in my throat when I thought that a family had lost someone very dear to them, and a country has lost its warrior. The incident became the talk of the day for everyone. My workplace was no different; we were talking about how it happened and why it happened. Suddenly a thing clicked my mind, and I asked a female colleague of mine why we celebrate “23rd March“. The lady is a very dear colleague of mine, she is beautiful, trendy, and always up to date when it comes to fashion. She has no interest in history, so she was someone who can give me a response based on her top of mind awareness about the event.

Her response gave me a belly laugh, but it was something that I was expecting.

She said it is the “Defence Day of Pakistan.” Then I asked the same question to my other colleagues; a few of them answered it somewhat correctly (I said somewhat because they missed the constitution part). Some answered after racking their brains for long that they have forgotten why we celebrate it. It was beyond their past recall. To your surprise, I don’t work with the illiterates I work with lawyers, engineers and business graduates of Pakistan. But this has nothing to do with education but everything to do with our knowledge of our history.

It tells us that we have obliterated our history, and we have associated wrong things with our historical days. We celebrate 23rd March as it is the “Defence Day of Pakistan.” And actually, “we” is the wrong term to use here because everyone is not allowed to come and see the parade. That is fair enough because such an event demands high security, but my small brain is in a fog, why do we celebrate this day like this?

Many say this is the way Pakistan Military forces celebrate it, and civilians can also celebrate it the way they want to, but it makes me wonder, can they? When on a day there are several blockages on roads, no signals on the phone, and no other celebrations arranged by the government, can Pakistanis celebrate it differently? Yes, that is only taking place in the capital of Pakistan; the rest of the country can do whatever they want to, but it is not happening. The Prime Minister is present in the parade, and many channels are covering it. The civilians who don’t have access to the parade spent their day while watching it at their homes; the others are sleeping. My small brain does not like it to happen this way. You might not agree with it, but my question is why are we celebrating Pakistan’s Day as a Defence Day.

Why are only a few servants of the country celebrating this day? I am Pakistan, and you’re Pakistan, why are we not celebrating it together.

I know it is a petty issue, but what if I slaughter an animal on Eid-ul-Fitar and give Eidi to my dear young ones on Eid-ul-Adha? What if I have fun with the firecrackers on Holi and play with colors on Diwali? What if I cry on birthdays and cut cakes on funerals? Either that would be funny as hell or it would be certifiably insane if I celebrate days like this. Then it makes me question why a nation is celebrating a Pakistan Day as a Defence Day, isn’t it a raving loon’s thing?

People say this shows how stable Pakistan is and where it is today, but don’t you think the strength should be displayed on Defence Day? Oh, I forgot to tell my readers why we celebrate Pakistan Day. Let me jog your memory and tell you that “Pakistan Day (Urdu: یوم پاکستان‎, lit. Yaum-e-Pakistan) or Pakistan Resolution Day, also Republic Day, is a national holiday in Pakistan commemorating the Lahore Resolution passed on 23rd March 1940 and the adoption of the first constitution of Pakistan during the transition of the Dominion of Pakistan to the Islamic Republic of Pakistan on 23rd March 1956 making Pakistan the world’s first Islamic republic”.

The Muslim League held its annual session at Minto Park in Lahore, Punjab, that lasted from 22 to 24 March 1940. During this event, the Muslim League led by Muhammad Ali Jinnah and other Founding Fathers narrated the events regarding the differences between Hindus and Muslims. It introduced the historical resolution that cemented the formation of a nation-state in South Asia like Pakistan, even though it did not mention Pakistan at all.

The resolution was moved by Abul Kashem Fazlul Huq (Abul Kashem Fozlul Hôk) (26 October 1873 – 27 April 1962), often called Sher-e-Bangla, passed on 24 March and had its signatures from the Founding Fathers of Pakistan. It reads as:

No constitutional plan would be workable or acceptable to the Muslims unless adjacent geographical units are demarcated into regions which should be so constituted with such territorial readjustments as may be necessary. That the areas in which the Muslims are numerically in the majority as in the North-Western and Eastern zones of India should be grouped to constitute independent states in which the constituent units shall be autonomous and sovereign.

Pakistan was born on 14th August 1947. The country was born as there was no Pakistan before. The people got independence from the British Raj and the other oppressors who were in the majority. After independence, following many deliberations and years of some modifications, the first set of the Constitution of Pakistan was enforced in the country on 23rd March 1956. marked the country’s successful transition from Dominion to the Islamic Republic. The Governor-General was replaced with President of Pakistan as the ceremonial head of state.

Everyone should celebrate this event as a Pakistan Day. It should be celebrated like a day of a Democratic Nation so that our generations know what this day is about. We should know our history and celebrate it.

“A nation that forgets its past has no future” ~ Winston Churchill

Tell your children what 23rd March is about and don’t spend your day while watching the parade on television. Celebrate Pakistan Day with your family; we can help and shape a better Pakistan. For this, we need to know our roots and our history. Only we can save Pakistan from crawling on its last leg. This was my opinion regarding our celebrations on 23rd March. I might be wrong but shouldn’t we make such celebrations on the 6th of September which is actually a Defence Day of Pakistan?