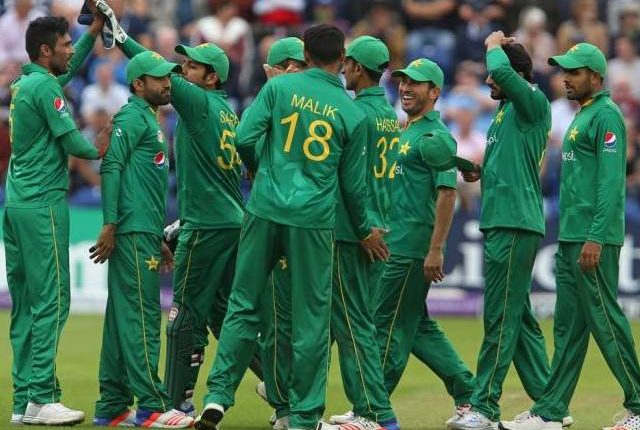 DUBAI: Pakistan will play their first match against Hong Kong in the Asia Cup Tournament in Dubai on Sunday.

After winning the toss, Hong Kong chose to bat first. The match will start at 4.30pm (PKT) at the Dubai International Cricket Stadium. Players who will not be part of the squad that will face Hong Kong today are Shan Masood, Junaid Khan, Haris Sohail, and Shaheen Afridi. Pakistan’s 16-member squad is currently in Dubai for the 2018-edition of the tournament that commenced on September 15. Captain Sarfraz Ahmed on Friday said the team will try its best to perform well in Asia Cup that will take place in Dubai and Abu Dhabi till September 28.

“If you talk about Asia Cup then it is an event in which 6 top Asian teams will participate, so obviously we will try that the team performs well there,” Sarfraz said, in a short video shared on Pakistan Cricket Board’s official Twitter handle.

Commenting on Pakistan’s highly anticipated tie with India on September 19, he said the matches between the two neighbours have always been very exciting. “I have not seen the atmosphere of a Pakistan-India match in any other cricket match,” the skipper said.

On Saturday, Bengal Tigers had defeated Sri Lanka by 137 runs in the tournament’s opening match.

Pakistan’s last international assignment was in Zimbabwe in July this year, a series dominated by their batsman, notably, Fakhar Zaman, who smashed 515 runs at an imposing average of 257.5. Having earned his stripes during the 2017 Champions Trophy, Zaman has now become the marked man amongst the opposition ranks. While the left-handed opener has deservedly taken all the plaudits, Pakistan’s batting order has a lot more than just him. Imam-ul-Haq enjoyed a run-laden series against Zimbabwe, as did the highly-rated Babar Azam.