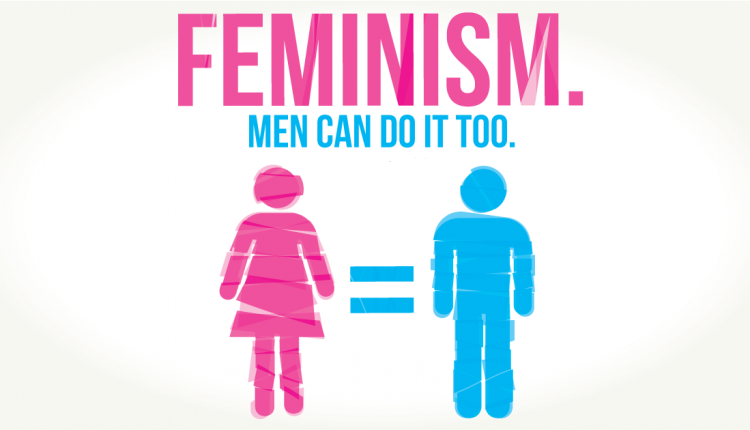 A woman is human.
She is not better, wiser, stronger, more intelligent, more creative, or more responsible than a man.
Likewise, she is never less.
Equality is a given.
A woman is human.”
~ Vera Nazarian

Today is 8th of March a day which is celebrated as Women’s Day. This day makes me sad as it makes me comprehend that we are still not equal and we need a day to make this fact clear to the world. I usually see how much women are vulnerable to the in-equality on this day. So let’s discuss equality today.

Patriarchy and feminism are the two most controversial and most talked about terms of this century. Majority abhor the term feminism, and this includes the women too. People are okay with patriarchy since it’s prevailing in the society for too long, but oh feminism is a term not a single man wants to hear. And even some women show their rancor for this appellation.

“I am a feminist. I’ve been female for a long time now. I’d be stupid not to be on my own side.” ~ Maya Angelou

I want people to know these terms before holding an opinion. Firstly I want to discuss patriarchy; it has a long history. According to the theory of Marxist, the emergence of patriarchy was started with the concept of private property. The private property was owned by the men and the property was inherited by the males of the family. In that era, a woman was only used by the man to deliver the babies and for doing the domestic work. History shows that women were considered weak and morally, intellectually, and physically inferior to men. Some scientists even claim that patriarchy even exists before the private property concept. Thus this male domination culture had a long history and everyone believed in it until the women finally came to know that they are equal. This thinking of patriarchy was also present in the mind of the women for so long because of the cultural conditioning.

This was the condition of women for a long period. But now women know that they can do everything their opposite gender can do. And this has started the campaigns of equality which is know known as feminism.

Now let’s discuss the most offensive term which is known as feminism. Nobody wants to be labeled as a feminist exception for a few people. People miss-interpret feminism with Matriarchy which is the exact opposite of patriarchy.

“The word feminism has become synonymous with man-hating when in fact it has more to do with women than men.”
~ Aysha Taryam

Even today the more significant part of the men in our society support patriarchy because they think it is in their favor. But it’s just a mirage that they are contemplating as real. Patriarchy is as poisonous for men as it is for women.

According to the patriarchal concept elder man in the house is the head of the family. All responsibility of decision-making lies on his shoulders. So good so far but let’s see the other side too.

With this leverage to make the decisions of the house, a man has the burden to provide everything too. Food, shelter, clothing everything is the man’s responsibility. He has the burden to fulfill the financial requirement of his family. It affects the health of that man as he has a lot of financial responsibility. Especially in today’s time when unemployment, poverty, inflation are the issues, it’s not easy for a man to fulfill this obligation.

“Achieving gender equality requires the engagement of women and men, girls and boys. It is everyone’s responsibility.” ~ Ban Ki-moon

A man also has to take care of all the outdoor needs of his family which is very difficult due to long working hours at the office. It’s not easy for a single person to manage everything. Some housewives are not very fond of domestic work, so it is also a man’s responsibility to arrange a helper for her. In such homes, a man works thrice as much as a female, and in barter of this, he gets the power of being called as the head of the house. Is this tradeoff beneficial? Do you crave power so much that you want to construct a palace with your sweat and blood to gain it? Why not just let go of the control and live a life of peace and comfort with friends instead of slaves? The choice is yours instead of making your opinion based on societal conditioning make your own decision. Thus, patriarchy is as toxic for males as it is for females. “She was flabbergasted by the backward thinking of humankind. The damaging double standards that fueled gender disparity infuriated her.”
~ Wiss Auguste

For a woman, patriarchy creates a lot of issues. They lose their self-identity, self-esteem, freedom, opportunities hence everything because of it.

Men call this taking away of freedom protection of females. Fathers, brothers, male members in the family call this crap a system which is necessary for women protection. Like seriously? Grounding a person, putting the person inside the prison is called protecting? Then why are we cushioning the prisoners? Do they deserve this as a punishment for their crimes? If this is the punishment for the wrongdoers then why are we punishing the women? Why they deserve this incarceration? Providing the guidelines to women on their dressing, choices in life, lifestyle is not called safeguarding; it’s just like imprisonment. The truth is that women need to realize it. They need to realize their worth and their power to make themselves empowered. A jinni will not come to make you tenacious; you have to do it for yourself. Know your strength or you’ll waste your life in the captivity like the conditioned elephant.

Don’t listen to anybody in the world except your heart because that’s where God resides. Women accept male domination for the sake of love they have for their fathers, brothers, partners, etc. But trust me if someone loves you whatever you do, won’t lessen his feeling for you and if his love is based on conditions, then you have to envisage that the love was never there it was just a relationship based on conditions. Do you need such a relationship in life?

A gender-equal society would be one where the word ‘gender’ does not exist: where everyone can be themselves.” ~ Gloria Steinem

Equality creates peace for everyone. Whenever there is in-equality, chaos is created in the universe. When people are being treated unfairly for a long time an outburst happens. Same has happened in the world. As women were facing so many problems due to unfair treatment, the emotions of the victims got piled up, have burst, and this had initiated the feminism campaigns. The future is bright for the people who believe in feminism because now the women know their worth. People who won’t be supporting will become orthodox and extraneous to society. Imagine how superfluous you’ll be if you think the Earth is flat? Soon the same will happen to you if you believe that the males are superior. There are two possibilities which can happen due to patriarchy and male domination existence in the majority of the world. As the bubble of the anger is there for generations, so it will burst, and soon the world will either become equal, or the inequality will persist but in the opposite way. If this issue is not catered appropriately than it is also a possibility that matriarchy will take the place of the patriarchy. And women will become superior. Because now women know that they can earn their bread, make a home, bring a life in this world and can live alone. So, it’s imperative to handle this issue wisely instead of waiting for a day when men will lose their thrones, will welcome the new owners and a new hierarchy will hit the world. Let’s make this world a place with a flat hierarchy where partners exist instead of a few people who have all the power and few who don’t even have an identity.

“Gender equality is more than a goal in itself. It is a precondition for meeting the challenge of reducing poverty, promoting sustainable development and building good governance.” ~ Kofi Annan

Feminism doesn’t mean that a woman can’t do household chores, but it says that a man should also help her in that. It doesn’t mean that a woman or a man should not do what they are doing in a patriarchal culture, but it states that every gender should be allowed to do things of their choice. Nobody is a king or a queen in feminism; there exists equality for everybody in this system. I have seen people justifying the patriarchal culture by saying that two Gods can’t survive in one room. Then what about democracy? Is it a flawed system because in this system every one of us is a God and we create a representative to represent us. Why not at home a democracy can exist? Why do we think that we need to protect humans by asking them to live in a way which we feel is right? Let your children, partners; parents make their own mistakes because this is life. Humans should make their own mistakes and learn their lessons. Let’s just guide people and not impose things on them. You should persuade the minors not to make mistakes as they lack the sense but don’t think that everybody on this planet requires sense exceptions for you. Let your women live in peace with confidence.

Happy women’s day to all women who are struggling every day to get accepted as an individual with their own identities. I wish to have a world where there is only a human’s day to celebrate humanity instead of a day that is based on gender.