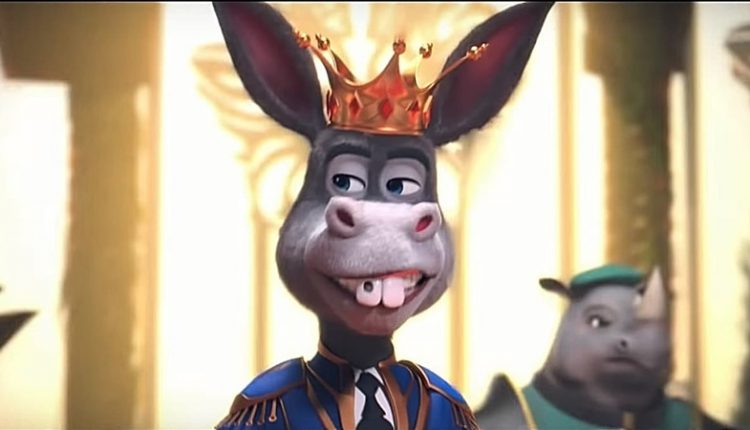 The Donkey King to hit theatres on Octuber 13th

Upcoming animated film The Donkey King has been drawing a lot of attention lately. Especially among the children, who are the primary target of the film.

The trailer of the film just dropped and though the film gives strong Kung Fu Panda/Shrek vibes. It is full of fun, adventure, energy and comedy. In short, it has all the necessary ingredients for a fun-filled family film.

The film’s trailer introduces us to the main characters of the film which include Mangu, a donkey launderer. Voiced by Jan Rambo, who has been selected as the next king of the town he resides in. However, Mangu’s ascent to the throne is a scheme by a fox, voiced by Hina Dilapazeer. Who hopes to control the kingdom through him. When Mangu realises this he must act as a true king and save his kingdom.

Apart from a few technical hitches here and there, the film’s animations are brilliantly done. Such efforts to take forward animation films in the country must be lauded. The inclusion of relevant pop culture jokes has also added to the film’s overall mood.

The songs of the film are composed by Shuja Haider, Shani Arshad, Asrar and Majid Raza. The background score is composed by Shani Arshad and recorded with a live orchestra at the Budapest Film orchestra, a first for any Pakistani film.